Vermont’s U.S. attorney, Tristram Coffin, says he will step down next month for a job in private practice. 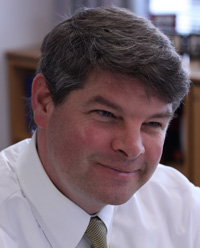 His departure after more than five years as the state’s chief federal prosecutor paves the way for a deputy, Eugenia Cowles, to take over the post until a successor is named. Cowles, currently the first assistant U.S. attorney, will become the first woman to hold the top job in Vermont.

“It has been the highest honor of my professional career to serve the people of Vermont and the United States seeking justice under the leadership of Attorney General (Eric) Holder and President Obama,” Coffin said in a statement Friday afternoon.

Coffin, 51, submitted his resignation letter to Obama on Friday. His last day is Jan. 12. He plans to join the prominent Burlington law firm Downs Rachlin Martin as a director, the firm announced. Read More